The renovation of the Roebling cattle barn at UGA Skidaway Institute of Oceanography is progressing with the expectation the project will be substantially completed by August 22.

Work began in late 2018 to transform the show barn a into usable laboratory and classroom space. The renovation got the green light in 2016 when the Georgia General Assembly appropriated $3 million to fund the project.

The building will house two state-of-the-art classrooms and a one large teaching lab, all capable of distance learning. There will be two faculty offices, a reception area, two student group offices and generous open collaboration space.

The ribbon cutting ceremony is scheduled for October 22.

The concrete and steel beam structure was built in 1947, when the Skidaway campus was known as Modena Plantation, and Robert and Dorothy Roebling raised black angus cattle there. In 1968, the Roeblings donated their land to the state of Georgia, a move that spurred the establishment of Skidaway Institute of Oceanography. The Roeblings constructed the barn after World War II. It was the site of the plantation’s annual cattle auctions. Roebling’s daughter, Ellin Cochran Roebling, was married there in 1950.

Since then, the barn has served a variety of purposes. In recent years, it was used primarily for storage. Because it was not heated or air conditioned, it was not suitable for classrooms or laboratories. The renovations will allow UGA Skidaway Institute to repurpose the 14,000-square-foot facility to include research laboratories, a teaching laboratory and lecture space for students and community groups.

The renovation was designed by Cogdell & Mendrala Architects. New South Construction is the general contractor.

The UGA Skidaway Institute Autonomous Underwater Vehicle “Modena” found oil last summer, but not in the way anyone expected.

Modena was dispatched into the Gulf of Mexico as part of the ECOGIG (Ecosystem Impacts of Oil & Gas Inputs to the Gulf) research project to study the long-term effects of the Deepwater Horizon oil spill on the Gulf ecosystem. When the researchers, including Skidaway Institute scientist Catherine Edwards, recovered Modena, they discovered her fabric skin was covered with dark blotches. At first the team thought it was some sort of algae. Closer examination revealed the spots were created by oil droplets in the water. 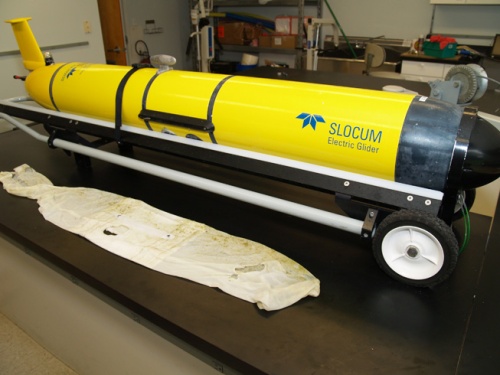 Modena and her oil-stained skin. 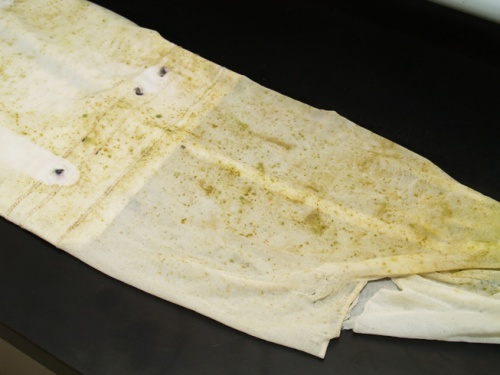 Edwards and the team believe the oil stains were caused by droplets from the spill that have remained suspended in the water column.