Sometimes scientists start out researching one subject, but along the way, they come across something else even more interesting. This is what happened to University of Georgia Skidaway Institute of Oceanography researcher Adam Greer in the summer of 2016 when Greer was a post-doctoral associate at the University of Southern Mississippi. That fortuitous event resulted in a paper recently published in the journal Limnology and Oceanography with Greer as the lead author. 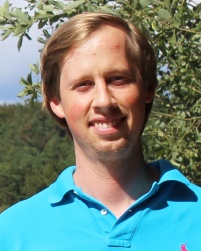 Greer and his fellow researchers were on a cruise in the northern Gulf of Mexico to study the effects of river input on biological processes. They came across a natural phenomenon called a thin layer. These are oceanographic features found all over the world where biomass collects into a narrow portion of the water column–less than five meters thick vertically–and can extend for several kilometers horizontally. They tend to occur in stratified shelf systems.

“Surprisingly, there are few published studies on thin layers in the northern Gulf of Mexico, which is heavily influenced by rivers and highly stratified during the summer,” Greer said. “Thin layers are important because they are trophic hot spots, where life tends to congregate, and predators and prey interact.”

However, Greer said, thin layers are very difficult to analyze because they occur within a restricted portion of the water column, and most conventional ocean sampling equipment will not detect their influence on different organisms.

Greer and his colleagues were better equipped than most to study the thin layer. Rather than laying out a grid and taking a series of water samples, they were equipped with an In Situ Ichthyoplankton Imaging System (ISIIS). This imaging system was towed behind their research vessel and undulated through the water column, producing a live feed of plankton images and oceanographic data. By studying the video, they were able to map the distributions of many different types of organisms in great detail. The thin layer was composed of large chains of phytoplankton called diatoms and gelatinous zooplankton called doliolids.

A crewman launches the ISIIS.

The researchers determined that the area south of the thin layer was influenced by a surface convergence – two water masses colliding and pushing water downward at a slow rate. They believe that many organisms with active swimming ability, such as shrimps and copepods, could stay within the surface convergence, while more passive swimmers, such as doliolids would follow the trajectory of the thin layer and diatoms.

An image from the In Situ Ichthyoplankton Imaging System passing through the thin layer. The long, slender filaments are chains of diatoms. The larger, oval plankton are doliolids

Greer and his colleagues discovered several other characteristics of the thin layer they had not anticipated. There was a higher concentration of live phytoplankton than expected. As a result, the thin layer also had a high concentration of dissolved oxygen due to the photosynthetic activity. The zooplankton were also aggregated into distinct microhabitats with different oceanographic properties — such as temperature, salinity and light. The microhabitats also contained different types and abundances of food.

“For a lot of these organisms, if you took the average abundance of food it wouldn’t be enough to survive,” Greer said. “So whatever mechanisms there are to create higher abundances of food, they are potentially really important for a number of different organisms.”

University of Georgia Skidaway Institute of Oceanography associate professor Aron Stubbins is one of just a handful of researchers cited in the journal Limnology and Oceanography for authoring two of the journal’s top scientific papers over the past 60 years. 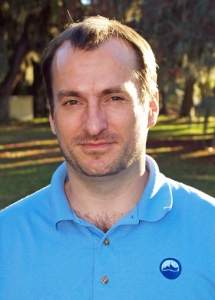 Limnology and Oceanography is an official publication of the Association for the Sciences of Limnology and Oceanography and is considered a premier scientific journal. In its recently published 60th anniversary issue, the journal collected and republished the 10 most cited research papers for each of the last six decades. Stubbins authored or co-authored two of those papers, one in 2008 and the other in 2010.

“It came as quite a surprise to see two articles show up on the list,” Stubbins said. “I was at a conference and wasn’t really checking my email when one of my colleagues let me know.”

The journal used the number of times a paper was cited in future studies as the yardstick to determine which papers should be included on the list. It is one commonly used method for measuring the impact of a scientist’s work.

“The list isn’t really about popularity,” Stubbins said. “It’s about usefulness. That people have found some of my work useful over the years is rewarding.”

The 2008 paper was titled “Absorption spectral slopes and slope ratios as indicators of molecular weight, source, and photobleaching of chromophoric dissolved organic matter.” The lead author was John Helms. Stubbins was a co-author along with four other scientists. The research team developed a new method for extracting new information from a relatively common and simple test of the color of dissolved organic matter.

Stubbins was the lead author, along with nine co-authors, of the second paper, “Illuminated darkness: Molecular signatures of Congo River dissolved organic matter and its photochemical alteration as revealed by ultrahigh precision mass spectrometry.” The study examined organic carbon carried to the ocean by the Congo River — after the Amazon, the second largest river in the world in terms of carbon and water flow. The research team studied how sunlight degrades organic material, including which compounds are degraded, which are not and what new compounds are created when sunlight shines on river water.

“His inclusion in this seminal volume is quite an honor for Dr. Stubbins,” UGA Skidaway Institute Interim Director Clark Alexander said. “This recognition validates what we have always known, that he is conducting groundbreaking and meaningful research that is recognized around the world.”

All 60 papers can be found at http://aslopubs.onlinelibrary.wiley.com/.